A windlass is a device that moves objects using the force of the wind or human strength, whereas a winch uses multiple sources/forms of energy to pull the weight toward it by rolling the drums.

A winch is a device used to pull large objects. A rope or cable can be wound up using a windlass. In general, a winch is more compact and portable than a windlass.

In addition, they have a variety of uses, including in boats and airplanes. The two devices are used differently but have the same function—moving a large object.

However, there are certain exceptions to this rule, making it crucial to be familiar with both machines to select the best one for your requirements.

It takes a lot of effort to utilize a manual windlass because it relies on your muscle force to move the mechanism. It is especially true if the anchor weighs more than a few cases of your favorite canned beverage.

Basic Design Of A Windlass:

A windlass is a device that uses a pulley system to move big weights. A belt or crankshaft turns a barrel with a chain or cable coiled around it.

Heavy weights can lift with this shaft’s circular motion without using the energy ordinarily required to convey them.

The crank is linked to the barrel so that it may spin about a central axis and can either be handled manually (as in the case of pulling water from wells) or using a motor (used in giant construction cranes).

The idea behind a pulley system is that heavy loads will lift by dividing them over several cables rather than a single chain. The problem with such systems is that the cable or chain used to move the load is put under a lot of strain.

Where Is The Windlass Located?

The Windlass is situated in a particular area at the fore of ships known as the windlass chamber or room, which is standard on ships and large vessels such as container ships or oil carriers. On some ships, the Windlass is located on the forecastle deck.

The advantage of putting the Windlass on the deck is that it gives you more control. The Windlass would be easier to access in an emergency if it were on the deck.

The Windlass would be easier for crew members if it were located on the top deck instead of a closed compartment, especially if it were a manual or a largely manual device.

However, placing the Windlass on the upper deck increases the risk of weather-related damage. The forecastle deck is typically vulnerable to bow slamming and green water loading (unusual but risky).

Any water gathering on a ship’s deck due to large waves is called “green water loading.” Although the forecastle deck is built to prevent this, there is still a significant likelihood of getting the windlass equipment wet because waves are unpredictable natural forces.

The three main types of windlasses used in working systems are Spanish, Chinese, and American.

Spanish windlasses are the most widely used type worldwide, while Americans and Chinese are famous in their respective home countries.

Every type has benefits and drawbacks.

Spanish windlasses tighten ropes or cables by winding them around spindles or drums. Due to its resemblance to a cartwheel, it is also known as the “bastard wheel.”

This type of Windlass has the advantage over other types in that it is used on boats and ships because it can be operated with just one hand. Spanish windlasses are renowned for their robust design and longevity.

An item is hoisted with the help of a Chinese windlass by fastening it to a wire cable. Because it mimics the giant arm on a sailing ship that raises and lowers sails, it is sometimes known as a “jib crane.”

Chinese windlasses are well-liked in nations with expanding domestic economies since they are inexpensive and straightforward. They are ideal for various jobs due to their relative strength and durability.

An American Windlass is used to raise and lower significant things by fastening them to a wire cable. Because it mimics the giant arm on a sailing ship that raises and lowers sails, it is sometimes known as a “jib crane.”

How Do You Use A Windlass?

This small, portable winch is used for towing and anchoring. The cable can be easily attached and detached from the anchor thanks to its quick-release system.

It is a bigger, stronger windlass used for towing and anchoring. A rotational anchor winch allows it to pull in multiple directions. Because it includes an automatic release system, it is also simpler.

The two devices are utilized for various applications and serve various objectives. Choose an anchor winch if you require an anchoring or rowing machine.

Choose an anchor windlass if you require a windlass for your boat or aircraft. Either option will effectively do the task. To ensure the machine is the perfect one for your requirements, study the characteristics of each one.

Why Is An Anchor Called A Windlass?

Because a windlass uses wind force to pull the rope taut, anchors are commonly referred to as windlasses. The anchor windlass is a more substantial variation of the conventional anchor that pulls the cord with human strength.

Most anchors in use today use mechanical and electrical technologies to strengthen their holding capacity. An anchor windlass is employed when human strength is unavailable or needed for urgent repairs.

An anchor windlass employs wind power to tighten the line, while an anchor winch uses mechanical force. Although they serve different purposes, both devices are often more potent than conventional anchors.

How Does An Anchor Windlass Work?

It’s vital to remember that the phrase “windlass” is typically used to describe just the horizontal motion of the weight. The device utilized for vertical motion is referred to as a “capstan.”

A windlass needs a capstan because it gives the captain or other crew members operating the winch more control.

Although the Windlass is remotely from the ship’s bridge, it can also be operated manually by pulling on a set of levers and brakes next to it.

Two alternative manipulation techniques are powering down the anchor or letting the head fall naturally to release or lower the anchor into the sea.

Although each has advantages, motorized options are more frequently utilized on ships and other big vessels.

The Windlass gently rotates toward the anchor chain payout in the motorized configuration.

The crank operator can then apply a braking action to the windlass barrel once the markers on the anchor chain show that the necessary length has been paid out.

Gradually lowering the heavyweight can prevent the heavy falling anchor head from suddenly exerting significant stress on the ship’s hull. As a result, more control is utilized.

Consider purchasing an anchor windlass if you’re seeking an alternative approach to secure your yacht. It can be the best option for your requirements.

How Does The Anchor Windlass Operate?

The following steps, which are provided below, are how the anchor windlass works:

Types According To Functional Parts:

The capstan is at one end of the beam, where the cable is looped around a drum or vane, and the Windlass is vertically positioned on the other.

By using a motor to rotate the drum, which pulls on the cable and raises the object, this type is used to hoist objects.

A vertical capstan windlass and a jib crane are incredibly similar. However, the jib crane has an arm that swings from side to side instead of up and down.

With the help of a cable suspended from the arm, massive objects are moved using this kind of Windlass.

Like the jib crane, the swinging beam windlass has one main arm that swings back and forth rather than side-to-side.

More minor things are typically moved with this type by having a motor rotate the drum, which pushes on the cord and raises or lowers the object.

There are three main types of windlasses:

With hand-crank windlasses, you must exert physical effort to spin the crank.

Foot-crank windlasses are more effective and expensive since a motor turns the crank.

The most popular kind of windlasses run without human force and are electric.

Disadvantages Of Using A Windlass?

Safety Precautions When Using A Windlass?

1. What are parts of Windlass?

2. What is a hydraulic Windlass?

Marine Hydraulic Anchor, TUF A windlass is a mechanism for handling anchor chains that uses a hydraulic motor to wind and unwind the chains.

3. What is a mooring windlass?

A boat’s anchor chain is held in place and controlled by an anchor windlass, which enables the anchor to be raised and lowered using the chain cable.

Construction, manufacturing, and agriculture use windlasses, which are crucial equipment. They can be used in numerous ways to produce the desired outcome and are crucial for lifting heavy objects.

Although there are three main kinds of windlasses, each with benefits and drawbacks, all require some skill to use effectively.

A windlass might be the right choice if you’re looking for a dependable tool to assist you in reaching your objectives. Winch fairlead is a device to direct and guide the rope to the winch drum. They are pretty helpful in increasing the lifespan of the robe because they allow a more direct connection between the drum and the rope.  They are typically mounted on the winch housing and can be rotated to line up with… Winches are a great tool, and they come in handy whenever you are stuck in a predicament. However, if you don’t have a remote control for your winch, you may find it challenging to use. This article will show you how to use a winch without a remote control. First, ensure that the winch is… 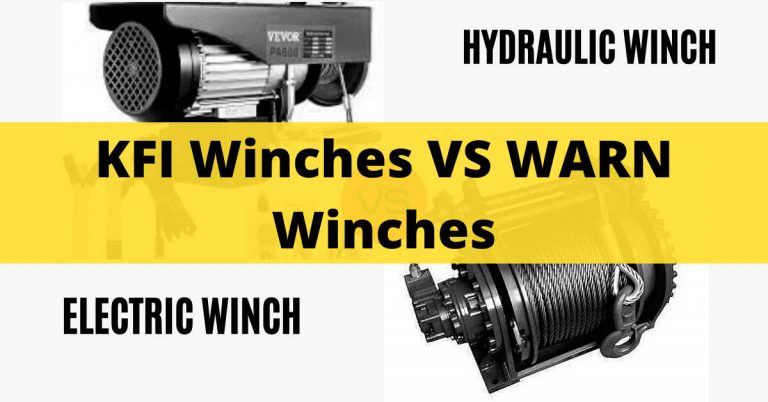 Hydraulic winches are often used for heavy lifting and are more robust compared to electric winches. Electric winches are less expensive and easier to operate, but they can’t handle as much weight. Hydraulic vs. electric winch is a personal preference decision. Some people prefer the power and robustness of hydraulic systems, while others find the… 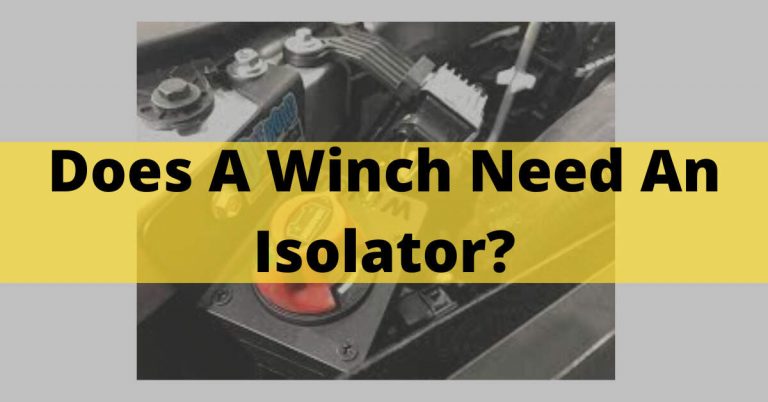 When you are out on the off-road, your Winch Will Break down. An isolator is essential to ensure that your winch will be there for you when you need it most. Therefore, it is a necessary add-on for any vehicle using a winch.  When not in use, completely cut off electricity to your winch. Prevent…